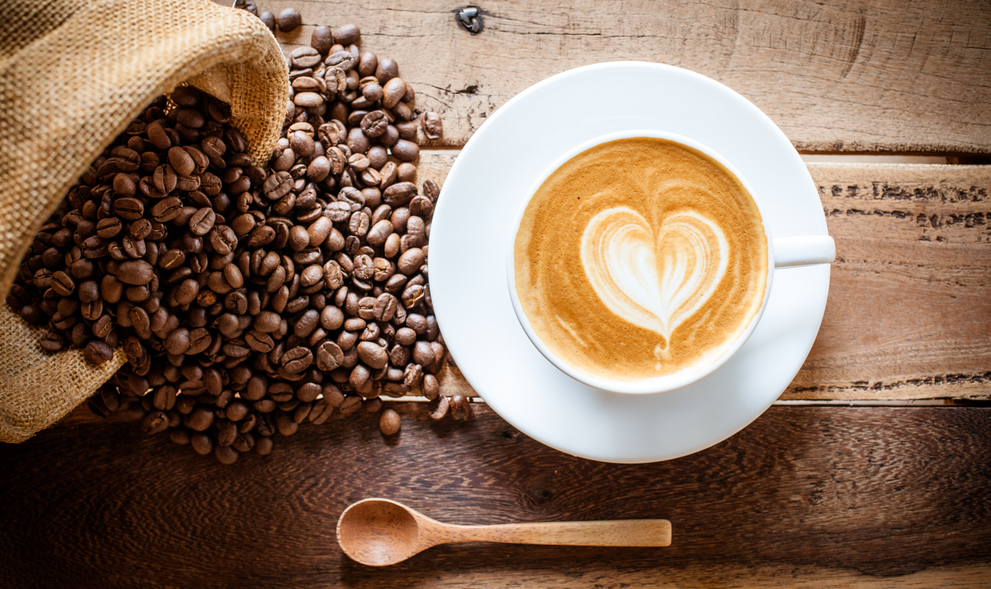 Still Got That Buzzing Feeling? How Caffeine Can Affect Your Health and Sleep

We are a planet of caffeine addicts, and there are some staggering statistics to bear that out. According to the British Coffee Association, two billion cups of coffee are consumed globally each day, while HealthResearchFunding.org estimates that 90% of people worldwide consume at least one meal or drink containing caffeine on a daily basis.

Every morning you probably pass hundreds of people clutching cardboard cups of expensive, flavoured coffee from any one of the countless coffee chains which line the average shopping street. There’s now more choice of caffeine-rich drinks than ever before — from your regular flat whites, espressos, cappuccinos and lattes to the energy drinks so full of the stuff that they send your adrenaline levels through the roof. Wherever you live, wherever you work, everyone seems to function on caffeine. But how often do you stop to consider what a caffeine-fuelled lifestyle is really doing to your body and to your mind?

The Drug Which Keeps a Planet Ticking

Aside from the kick-start it gives your day and the undoubtedly beneficial antioxidants it contains, caffeine has a host of other effects on the body which might be less pleasant.

For many years it was assumed that caffeine could help with weight loss because it is a stimulant, giving you the energy spike you might need to become more physically active and potentially supressing appetite. More recent studies have suggested quite the opposite. Because it raises the levels of the stress hormone Cortisol, caffeine may be telling your body to take on extra energy in preparation for fight or flight, meaning it can trigger cravings for high-sugar, high-fat foods. Combined with the fact that caffeine can lead to a lowering of blood sugars, and your body has found the perfect excuse for tucking into a mid-morning chocolate bar (or two).

Caffeine can also act in a similar way to alcohol in that even moderate consumption can give you that buzz which leads to a lowering of inhibitions — positive, perhaps, if you have a presentation to give, not so great if it leads to taking more risks. With an elevated heart rate and rising blood pressure, being ‘high’ on caffeine is placing your body under constant low-level but potentially harmful sensations of stress.

We have always known that consuming caffeine shortly before bed is not a wise move, but even taking in caffeine bit by bit throughout the day can have a negative impact on your body’s ability to sleep. One study of high school students in the US found that caffeine consumption — from coffee, tea, fizzy drinks and caffeinated foods — led to difficulties in falling asleep, shorter nocturnal sleeps and an increased desire to ‘catch up’ on sleep during the day.

By increasing adrenaline production and blocking the chemicals which signal to your brain that it’s time to sleep, caffeine disrupts your body’s natural sleep cycle. According to the National Sleep Foundation, it can take up to six hours to eliminate half of your caffeine intake, so even if you stop glugging the coffee and energy drinks by mid-afternoon, you’ll still be feeling the effects when you reach bedtime.

Reducing your caffeine intake or switching mid-morning to decaffeinated versions of your favourite drinks could help improve your sleep quality, as could increasing the amount of exercise you do, which can give you that same adrenaline boost without the long-lasting side effects. Sleep experts also recommend factoring in time to unwind before lights out, perhaps listening to music or reading to help slow down your over-stimulated mind. Even if you can’t kick the caffeine habit completely, just taking a few steps towards cutting your daily intake might mean a deeper, quieter and more restorative night’s sleep.