Sound and sleep, a history 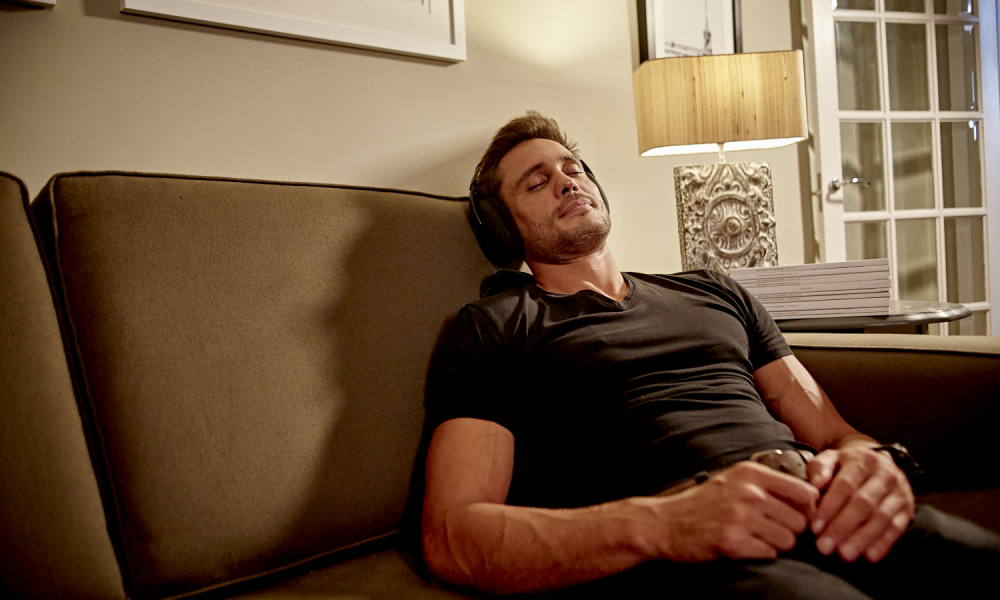 A history of sound and sleep: from lullabies to white noise

Sometimes it can seem like a fresh headline about the poor quality of the UK’s sleeping habits is published every day. From claims that half of all teenagers are actively sleep deprived, to the news that 25% of 30–50 year olds are getting an inadequate five hours of beauty sleep a night, it’s clear that, as a nation, we’re all suffering from a serious lack of R&R.

The precipitous recent rise of sleep, mindfulness and meditation apps is testament to how badly the UK needs to get a few more forty winks. But what is it about these modern tools which helps us drift off into the Land of Nod? How does sound help us sleep?

The answer is age old — and one which we’ll be tracing from the earliest audio-soothers, through to their most modern incarnations in this blog…

Today our sleep is disturbed by a seemingly endless, noisy parade of disturbances. From our other half’s smartphone alerting them (and us) to a new message from their bowling team Whatsapp group, to Uber drivers idling outside our window at 3AM, a key cause of the UK’s collective sleep deficit is an increase in night-time disturbances. Yet the reason these sounds steal away our sleep dates back to pre-history — and it’s also the reason why nature sounds have been the best bedtime backing track for millennia.

Gentle, consistent natures sounds like rain, waves on the shore, trickling streams, birdsong and the wind in the trees form the basis of many modern audio sleep apps, like Noisli. That’s because they represent “non-threats”.

Our human brains, once honed to protect us from predators and other dangers at night, are hard-wired to respond to sudden changes in sound when we are unconscious, both in terms of volume and sound type. Unlike ambulance sirens (or indeed the sound of bears attacking), repetitive, gentle sounds which maintain the same volume and rhythm are interpreted by our sleepy brains as nature’s way of saying: “don’t worry, don’t worry, don’t worry”.

Today, these sounds also have a secondary benefit; they can be used to drown out sudden, loud or irregular noises which our unconscious minds interpret as threats and which prompt us to wake up.

Another age-old sleep-promoter is the lullaby. Today most of us are sadly too old to be softly crooned to at bedtime, but recent research shows just how potent lullabies can be for restless youngsters. From mimicking the same consistent pitch and gentle rhythm which make nature sounds so soothing, to keeping time with an infant’s heartbeat and reassuring them of their mother’s protective presence, gentle lullabies are powerful sleep-enhancers.

The wrong kind of music can prove disturbing to sleep, but the right selection can have the same, disturbance-blocking, reassuringly repetitive effect as both nature noises and a maternal lullaby. Experts recommend choosing classical, folk or gentle contemporary music without shifts in rhythm or volume and without lyrics (these can keep the mind active instead of promoting rest) for the best sleep-promoting effect.

This is the modern age’s equivalent of nature’s soothing sounds. Consistent and without rhythm, it’s the ultimate non-threatening noise — and it’s designed to help you block out all other disturbances.

By playing noise evenly at every audible frequency, white noise drowns out sounds which can indicate threats to your sleeping brain, helping you sleep more soundly with fewer disturbances. There’s even a special type of white noise called pink noise, designed for tinnitus sufferers, which reduces the volume of higher frequencies to promote more comfortable sleep.